A grieving child’s journey leads to HIS discovery of who SHE was meant to be.
Pre-Order Book

The protagonist in this modern love story is Marc, a nerdy 17-year-old boy who eagerly anticipates high school graduation and attending Northwestern. All Marc’s dreams are dashed when his parents are killed. His world is shattered and faces an uncertain future; orphaned and friendless.

Marc soon learns though he traveled a great distance to escape his problems they still remained. Loyal friendships save her life as she is finding comfort in her own body. This story will be sure to inspire so many who question their gender. The message of this tale is one of universal appeal as Marci becomes a confident wife and mother. 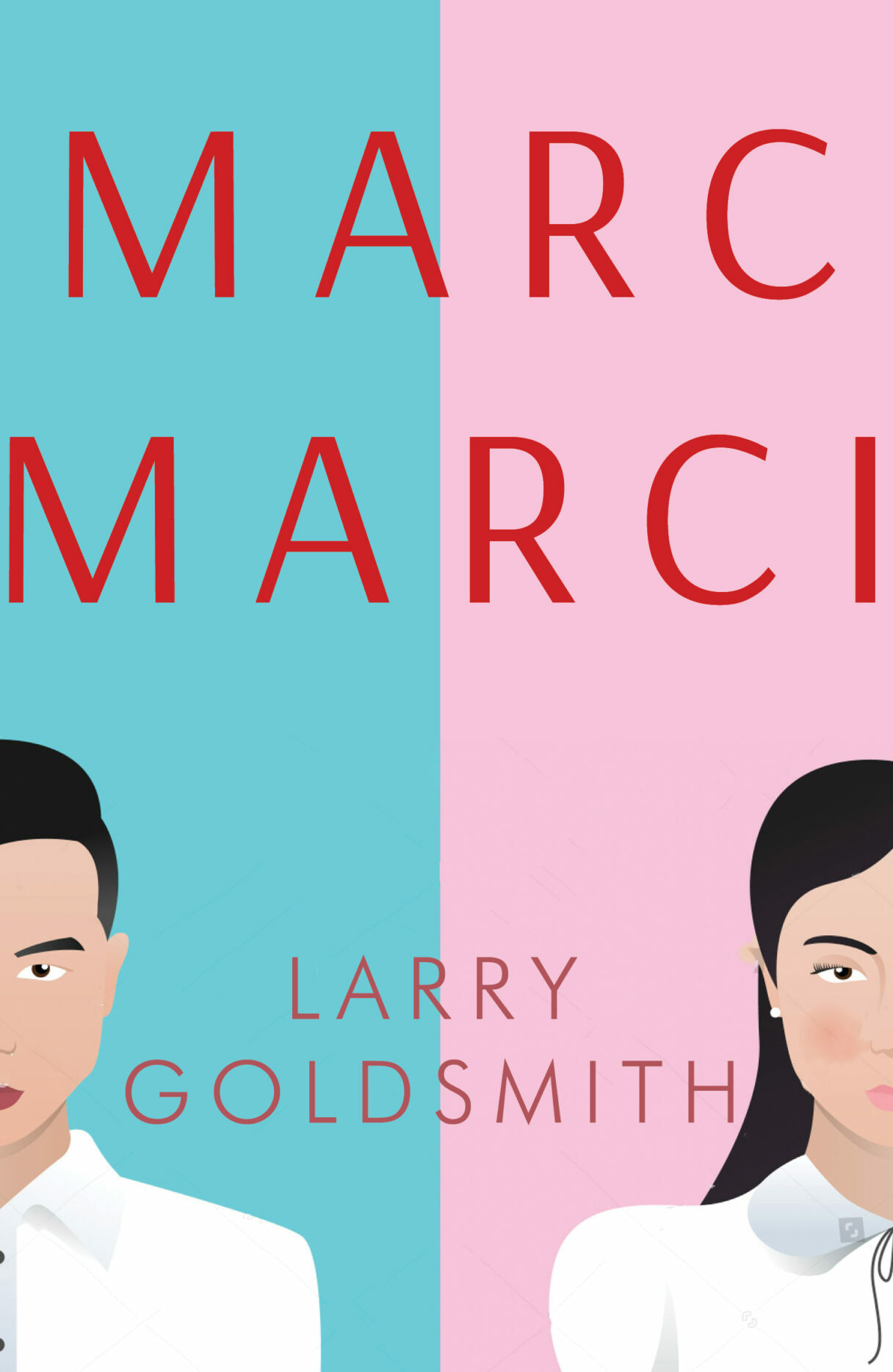 Marc Marci is a story filled with romance, friendship, and much more. Larry G. Goldsmith introduces the reader to Marc as a teenager who has suffered great loss. Marc decides to deal with his loss and face his future by taking a break with a backpacking trip overseas. Shortly upon arrival on the English Coast, he meets Cristina and Gabrielle. Cristina and Gabrielle befriend him and encourage him to explore the female in him. Another tragedy strikes, causing Marc to realize that he is a woman and wants to make a permanent change in becoming Marci. Eventually, Marci returns to the United States. This is where her story really begins. Will she find love, marriage, the children she wants, or will her past decisions hold her back?
Read Full Review 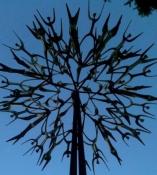 MrsCatInTheHat OnlineBookClub.org
Goldsmith’s detailed investigation into the challenges Marci faces, roadblocks she overcomes and especially the realization that not every person she encounters would be as receptive to this metamorphosis into the people she encounters. But just as life has begun to take the shape she desires, aspects of her past threaten everything she had built and this would test her mettle dramatically as her past life becomes fodder for investigators undertaking security clearances for a high-level job. How many themes can a reader handle while taking this arduous journey with Marci? Hopefully, a selection of them. For starters, in today’s growingly enlightened world, acceptance remains the backbone of this story as Marci figures out who she can trust – including herself – when it comes to navigating a confusing world. Another important facet of this tale has to do with the secrets we all keep – some of which have the profound ability to destroy a carefully-built life, even when not all of the truth is told. Through it all, Marci evolves in great part thanks to the people who come to love and care for her.
-Gail Cohen 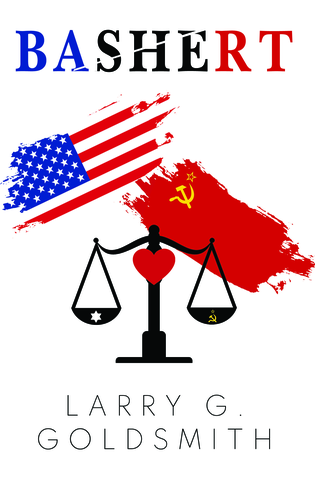 An action packed novel about a family who is willing to sacrifice themselves for the greater good.
Now Available

In the late sixties, the world experiences a counter revolution, rebelling against the devasting war in Vietnam and cultural norms. During these days of rage, the Soviets and U.S. seek to end the nuclear arms race. As a bargaining chip, the Nixon administration promises to support a free trade agreement while ignoring Soviet human and religious abuses.

In New York city, a young criminal attorney enters the fray after his shotgun wedding to the Rebbe’s
daughter. His father-in-law is a world renowned clandestine leader seeking religious freedom for
millions of Soviet citizens. The White House prosecutes the Rebbe as their scapegoat so the U.S. Soviet
trade agreement passes Congress.

The Nixon administration will use every legal tool orchestrated by an unscrupulous U.S. prosecuting
attorney to imprison the Rebbe and destroy the credibility of his movement.

Millions of lives rest on the outcome of the trial. The world watches, waiting for a courtroom verdict.
Two young lovers and an old Rebbe battle two world powers.

Against the background of the late 60’s Woodstock culture and proceeding through the early 1970’s Soviet Jewry movement, Larry Goldsmith takes us on a journey in his new novel of historical fiction. Combining a love story and a courtroom drama with some American and Jewish history, Larry uses his expert legal background and sincere devotion to Judaism and the Jewish people to portray a story which will keep your attention, inform you about Jewish values and learn about life-saving sacrificial acts of kindness. You will be both enlightened and entertained by reading the book.
-Rabbi Vernon Kurtz
Larry G Goldsmith’s Bashert is a romantic tale that captures and appreciates the uncertainties of love and life. The author takes his readers through Michael, the protagonist’s journey, as an American born and raised Jew, of finding love in unexpected places and circumstances. Michael goes on a concert as a getaway and unexpectedly meets a captivating young girl Shira, who he falls in love with. In the process, the novel allows us into the protagonist’s intimate space of marriage, faith, family and life changing experiences as an American Jew. The book is also a historic tale that enables the reader to appreciate the development of a formerly victimized Jewish community to emancipation affecting even those Jews in the Soviet nations.

Bashert possesses many positives. Goldsmith has passionately and successfully drawn a picture of an average Jewish family’s life and beliefs in early times whilst maintaining the book’s coherence with important consideration to the protagonist’s romance and marriage. Though fictitious, the book is very much detailed such that one may be led to believe it to be real life events had it not been that the author provided a disclaimer of it being fictitious. The writer must therefore be commended for his historical accuracy as he deliberately and artistically narrates the immigration of Jews in the 1970s taking into account the important parties that were very much involved in that ordeal for example fellow Jews in America holding important posts in society.

More so, the book skillfully indulges the reader’s emotions with the aid of great word choice and series of life altering events that have been employed. Illustrations of Goldsmith employing life altering events include his application of Michael, the protagonist’s marriage to Shira and his father-in-law a Jewish rabbi’s incarceration. I also liked the fact that the writer’s work was in sync from the prologue up to the book’s ending. Goldsmith’s work possessed a smooth flow and excellent co-relation.

However, the author in the latter chapters of the book gave too much detailing that may have not been necessary. Details of what the lawyer, judge and prosecutor said in court during the Rav's trial are too much and not likely to be appreciated especially by readers who have little interest in legal issues.

I rate this book with a 4 out of 4 stars. This is because I find the book to be well put together in terms of the main themes and coherence and most importantly, I enjoyed reading the book. I recommend this book to romantics and lovers of historical fiction.
-OnlineBookClub.org
Bashert by Larry G. Goldsmith tells the story and plight of Jewish members of the Soviet Union in a political setting where they are maltreated because they want religious freedom.  Young criminal attorney Michael Goldman had seen Shira, the last daughter of a renowned Rabbi, at a concert and had fallen in love with her almost immediately. Her friend had drugged her into hallucination, leaving her helpless. He gets married to Shira shortly after their first encounter.  Shira's father is a famous clandestine person at the forefront of seeking religious freedom. He is involved in helping Refuseniks escape. Refuseniks are Soviet Jews who applied for visas and were denied permission to leave Russia. Refuseniks get demoted or fired from their jobs, expelled from the university, beaten up, sentenced to prison, and their families punished. The Russian thugs beat them and make life unbearable if they continue to defy the Soviet Union.  The United States of America tries to jail Shira's father and is ready to deploy its legal arsenal to destroy the image of his movement and organization. Millions of people watch as the rabbi, with Michael as his lawyer, battles two world powers (the Soviet and USA).  Bashert is a well-written and heartwarming story. It is very creative and heartfelt, with plenty of exhilarating moments that keep the reader glued till the last page. The author brings passion to his storytelling. The author's writing style and language are superb. He makes the courtroom scenes so engaging that the reader won't want to hurry to get the verdict. He explains, in detail, everything that happens in the courtroom with easy terms that everyone will understand. The book is divided into sections and with accompanying captions to tell what each of them is about.  The most intriguing thing about the book is the consistency of the spiritual elements throughout the book. I learned plenty of things about Jewish belief and philosophy. Another big plus to the book is how the author painstakingly explains every step involved in a Jewish marriage rite. Readers will appreciate the content of the book and the knowledge it gives. This is a book that teaches and enlightens.  The characters are very relatable. The author doesn't portray them as perfect and impeccable. I like how the author also doesn't embellish the marriage institution. He makes us understand that love is not a bed of roses, and lovely couples have their dark and turbulent days. However, with committed efforts from both parties, it can be resolved amicably. This aspect of the book endears me most to the book, as I can relate to what the author is trying to communicate.
-OnlineBookClub.org